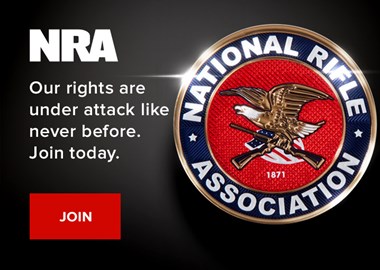 Professor Jeff Lazarus on how interests groups like the NRA exert power over the system.

Professor Jeff Lazarus on the first thing every student of Congress must know: nearly all members need to be reelected, and this ultimately requires taking heed of how one’s constituents view the President / the party of the President.

END_OF_DOCUMENT_TOKEN_TO_BE_REPLACED

Vox.com, Ezra Klein’s  “explanatory journalism” venture, is off to a great start. So far, my favorite “articles” have been one called “40 Charts that Explain Money in Politics” and another entitled “Beating the Odds: Why One Bill Made it Through a Gridlocked Congress — and So Many Don’t.” Both are packed full of useful insights into the present state of our political system and policy making process. I highly recommend following the links to these articles and, for that matter, perusing the wealth of insightful content provided at Vox.com. But here I provide an example of the kinds of content they are providing. This is a video they describe as “an updated Schoolhouse Rock lesson for our polarized, dysfunctional Congress.”

END_OF_DOCUMENT_TOKEN_TO_BE_REPLACED

Over at Monkey Cage, Erik Voeten offers an interesting discussion on the decline in the proportion of Congress members who are veterans and what, according to political science research, this might mean for Congressional foreign policy making:

Frank Lautenberg, who passed away this summer, was the last of 115 World War II veterans who served in the U.S. Senate. To the best of my knowledge, there will be only 12 U.S. senators who have experienced active military service in the 114th Congress. Only one in five members of the current House of Representatives were active-duty military. By contrast, during most of the Cold War, 70 percent of the U.S. Congress were veterans, with the peak coming in 1977 (80 percent).

Does this matter for policy making? There is some research suggesting that it does, most notably the work by Peter Feaver and Chris Gelpi. Feaver and Gelpi establish the following regularities (see especially this book and this chapter-length update):

— On issues that concern the use of force and the acceptance of casualties, the opinions of veterans track more closely with those of active military officers than with civilians.

— The U.S. initiates fewer military disputes when there are more veterans in the U.S. political elite (the cabinet and the Congress).

— The U.S. uses more force in the disputes it initiates when there are more veterans in the U.S. political elite.

— Veterans are less likely to accept U.S. casualties for interventionist uses of force than for “realpolitik” uses of force. [keep reading]

Richard Arenberg of Brown University criticizes those who contend the filibuster is “undemocratic and unconstitutional.” According to Arenberg, “‘the possibility that senators elected from 21 states that may contain as little as 11 percent of the U.S. population [can have] an absolute veto power over bills, resolutions and presidential appointments supported by senators who represent 83 percent of the people of the United States'” is not necessarily alarming and certainly not unconstitutional. Those who suggest otherwise, he continues, “misrepresent . . . the founding fathers’ design of the Senate.”

The founding fathers greatly feared the “tyranny of the majority” – and they created the Senate to avoid what they deemed the rule of the mob.

The Senate was the result of the “great compromise” at the 1787 Constitutional Convention, which shaped the body to represent the states. Each state has two senators regardless of its population size – an idea so important to the framers that the Constitution in Article V requires that “no State, without its consent, shall be deprived of its equal suffrage in the Senate.” Therefore, changing the Senate’s composition would, in effect, require unanimous consent of the states, not the usual three-fourths needed to ratify a constitutional amendment.

With two senators representing each state, the idea that a Senate majority must somehow reflect a majority of the population is simply wrong. [More here.]

. . . The whole thing hinges on the idea that filibustering defends minority interests and prevents the “tyranny of the majority.” But this is simply wrong. The problem of the tyranny of the majority is the problem that minority groups in society might see their interests trampled. But protecting the interests of the political party that lost the last election doesn’t achieve this goal.

Most people aren’t Jehovah’s Witnesses, and . . . you might see a proposal to trample on Jehovah’s Witnesses interests by banning them from knocking on doors. In this case, the filibuster would defend the interests of a minority group because it makes it harder to pass laws.

On the other hand, most people aren’t gay and some straight people think gay sex is immoral, so gay people may be subject to discrimination in employment and other venues. You might see a proposal to advance gay interests by banning employment discrimination on the basis of sexual orientation. In that case, the filibuster harms the interests of a minority group because it makes it harder to pass laws.

Which is to say that making it harder to pass laws simply makes it harder to pass laws. It has nothing in particular to do with majoritarianism or minority interests or anything else. It’s a status quo measure. To the extent that you think the status quo is great, then maybe you love a 60 vote threshold. Maybe you think it should be raised to 65 or 75 or 95. Or maybe instead of a bicameral legislature we should have a four-chamber legislature. It’s easy to think of new ways to make it harder to change the laws. But that’s the issue. Making it hard to change laws systematically preserves the advantages of whatever groups are advantaged by the status quo.

Adam Liptak of the New York Times offers an overview of recent research on the policy effects of equal state representation in the Senate:

The disproportionate power enjoyed in the Senate by small states is playing a growing role in the political dynamic on issues as varied as gun control, immigration and campaign finance. [more here]

The emergence of Fox News in 1996 offers researchers a neat opportunity. Cable providers added Fox News gradually, meaning that people in some parts of the country could see Fox News while others could not. The gradual rollout of Fox News makes it easier to identify its effects. For example, Republican-leaning voters were more likely to support then-Gov. George W. Bush in places with Fox News compared to places without it. Now, new research shows that Fox News’s impact extended beyond voters — to members of Congress themselves. And perhaps most surprisingly, both Democratic and Republican members were affected. [Continue reading here.]